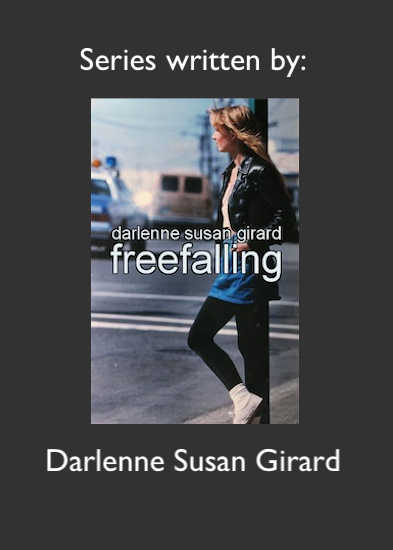 LOGLINE: A 14 year old runaway caught up in a world of drugs, prostitution, and violence; living on the street, learning to survive, and not really caring if you don’t.

STORY: Powerful, poignant, sensitive, and sometimes overwhelming, FREEFALLING is a two and a half year journey that begins with the loss of innocence, and ends with the death of a young girl in a skid row hotel room.  And the story of everything that happens in between is FREEFALLING

Please dear God, I ask of thee,
send four Angels down to me.
One to watch, and one to pray,
and two to carry my soul away.

With these spare words begins a heartbreakingly poignant, breathtaking, and tragic story of a young girl's journey from innocence lost at the tender age of 14, to her death, two and a half years later, in a skidrow hotel room.

Forced to leave by an impossible situation at home, the protagonist, Melinda, finds herself living on the streets. It doesn’t take much of an imagination to figure out what happens next. A car stops. You walk up to it. You don’t even ask why. You just open the door and climb inside. Because what you don’t already know, you’re going to end up learning pretty fast.

For Melinda, it is only her chance encounter with Angel, perhaps the one person in this nightmare world who thinks of more than just herself, that Melinda finds a fighting chance. An unlikely friendship between a psychotic streetwalker and a frightened runaway, Angel takes Mouse, whom she has christened Melinda, under her wing and teaches her how to survive life on the street. A life filled with endless perils, drugs, prostitution, and violence.

The images of pain, despair, desperation and hopelessness are real. It happens on every single night, in every city, on just about every street corner. Yet there is one more tragedy, in an already tragic life... Melinda has unknowingly brought with her an unwitting passenger.

As we soon find out, it is street justice and street wisdom that are the girls guiding light... their beacon of hope in a hopeless world. But what kind of life is it that forces you to your knees, to do whatever it takes to survive, where dignity, hope, and self-respect are only distant memories... reminding you of your own worth... barely less than zero. A bleak existence where violence is the only gratuity for services rendered. And even in that in itself is a bitter irony.

Everything is for sale out here. Whatever it is you want. The only thing you can’t buy is my dignity and self-respect, because those were the first things to go... and you fucking gave those away for free.

For the girls who exist on the street, there is no redemption, and penance is just an empty gesture. It is a lingering death, slowly giving up their lives, and everything human about them, until their prayers in the dark turn to pleas of abandon... "Somebody, please kill me!"

FREEFALLING is unabashed, uncompromising and unapologetic. Anything less would be disingenuous.

Episode scripts 1 thru 8 - available upon request. 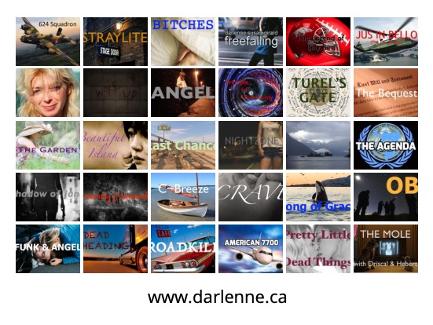